Radio International - The Ultimate Eurovision Experience is broadcast from Malta's Radio 105FM on Tuesday evenings from 2100 - 0059 hours CET. The show is also broadcast on RUN FM in the United Kingdom live on Wednesday evenings from 1900 - 2300 hours CET as well as on the Facebook Page of Eurovision Radio International with an interactive chatroom. 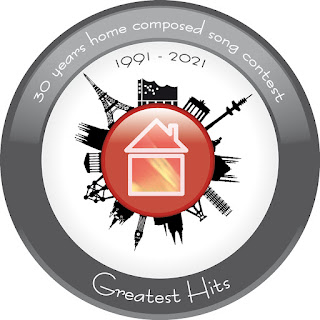 First held in 1991, the aim of HCSC is simple: to give fans who write their own songs the opportunity to take part in a Eurovision-style contest. Their compositions go head-to-head in a friendly competition, culminating in an exciting voting presentation. The competitors also form juries who, along with the public and invited judges, decide the eventual winner of the competition.

Over the years, 33 different countries have been represented in the competition, from Portugal to Russia and most points in between. As the contest approaches its thirtieth edition, it is believed to be the longest-running pan-European song contest other than Eurovision itself!
The website of the Home Composed Song Contest can be viewed here - CLICK HERE 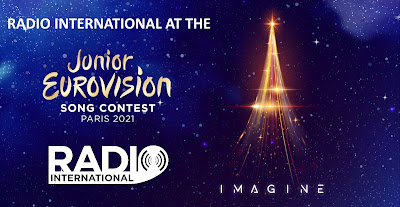 Hosts and Venue: The venue is La Seine Musicale, Paris, France and the hosts are Elodie Gossuin, Olivier Minne and Carla

As most of the countries have already selected their entry to the Junior Eurovision Song Contest 2021, Radio International will get the fans in the mood introducing the songs to the audience but also playing some of the highlights of the previous editions of the contest.

Updates from the official website of the Junior Eurovision Song Contest can be viewed here - click here. Alternatively, our friends from Wikipedia also have a good overview of the contest - click here.

To leave or reply to comments, please download free Podbean or