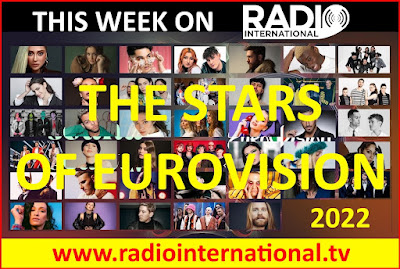 Meet the Eurovision Stars 2022:  The Eurovision Land 2022 is preparing for the Eurovision Song Contest 2022 and many pre-parties or promo events are happening across Europe. Radio International's roving reporter Salman was in London at the 2022 Preview Event and interviewed many of the Eurovision Stars 2022 of which some will air on the show this week and next week. Get ready to meet Sheldon Riley (Australia 2022), Lumix feat. Pia Maria (Austria 2022), We Are Domi (Czech Republic 2022), Monika Liu (Lithuania 2022), Emma Muscat (Malta 2022), WRS (Romania 2022) and Andrea (North Macedonia 2022) and Vladana (Montenegro 2022). 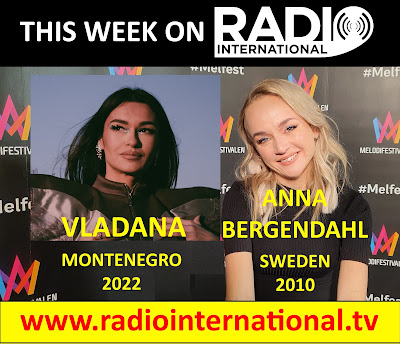 Interview with Vladana (Montenegro 2022): At the recent edition of Melodifestivalen 2022 in Stockholm, Sweden, the Swedish OGAE branch has organised the MelfestWKND 2022 with the participation of Swedish acts such as Nanne Grönvall and Dotter but also Malik Harris who represents Germany at Eurovision 2022 with "Rockstars", Aidan from sunny Malta who came second in the Malta Eurovision Song Contest 2022 with the song "Ritmu" and Vladana who waves the flag for Montenegro in Turin later on in May.

This week Radio International broadcasts the interview that the Interview Team did in Stockholm with Vladana. She represents Montenegro in Semi Final 2 as Song Number 15 entitled "Breathe". Get to know the charming singer during this interview on the show this week. 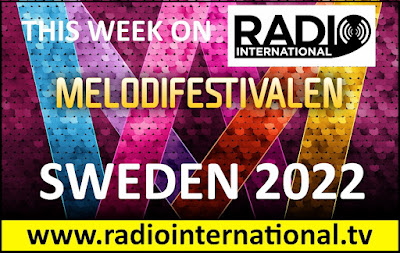 Sweden's Biggest and Best TV Show Melodifestivalen ended on Saturday 12 Mar 2022 with the Grand Final after funneling down the 28 entries via four heats, two semi finals and the Grand Final. Swedish broadcaster SVT received way over 2000 songs for the 2022 edition of Melodifestivalen which on Saturday was won by Cornelia Jakobs with the song "Hold me closer" and will be representing Sweden at the Eurovision Song Contest 2022 in Semi Final 2 at Song Number 17. The Radio International Interview Team was in Stockholm, Sweden and interviewed all the contestants of Melodifestivalen plus more.

Complete overview of the results of Melodifestivalen 2022 can be viewed here - click here.