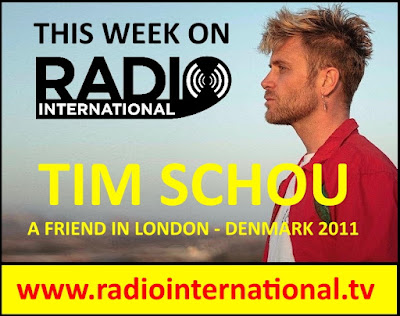 Live Interview with Tim Schou of A Friend in London (Denmark 2011):
Some 11years ago Denmark was represented at the Eurovision Song Contest 2011 by the group A Friend in London who were fronted by Tim Schou who will be the live guest on Radio International's Interview Hour this week. The song "A New Tomorrow" came 5th in the Grand Final of the contest and A Friend in London continued for a few more months before they broke up and Tim continued on other musical projects. The Radio International Interview Team is looking froward to chat with Tim about his time at Eurovision but also what happened to his career after the event as well as what's in the future for him.

Sixteen countries will participate in the contest with The United Kingdom returning after a sixteen-year absence, while Azerbaijan, Bulgaria, Germany and Russia will not take part.

As most of the countries have already selected their entry to the Junior Eurovision Song Contest 2022, Radio International will get the fans in the mood introducing the songs to the audience but also playing some of the highlights of the previous editions of the contest.

Updates from the official website of the Junior Eurovision Song Contest can be viewed here - click here. Alternatively, our friends from Wikipedia also have a good overview of the contest - click here.